Figures released today (28th April 2011) from the Sustainable Energy Authority of Ireland (SEAI) reveal that Building Energy Ratings (BER) have now been issued to over 200,000 Irish homes. A total of 201,854 homes have been rated by BER assessors across the country, marking an increase of 100,000 since February 2010. Introduced in 2007 as part of the European Directive to improve the energy performance of homes, the rate of BER publications has steadily increased over the last two years since the introduction of a mandatory requirement for the inclusion of a BER certificate when selling or renting a home. 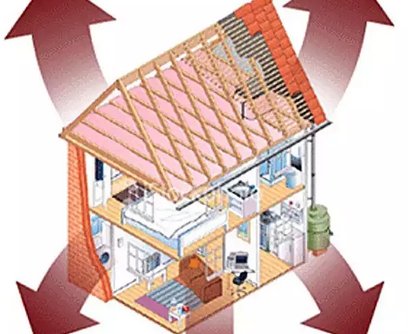 A BER is an indication of the energy performance of a home, displaying an energy label on a scale of A1-G. An A1-rated home is the most energy efficient and will tend to have the lowest energy bills. A BER certificate is issued in conjunction with an advisory report which identifies how householders can improve the energy performance of their homes.

Recent research, carried out by SEAI, shows that awareness levels of the BER Scheme has  increased significantly over the last two years with almost six out of ten people expressing an awareness of the term BER in relation to homes and buildings. However while the research shows that there has been a rise in awareness amongst those looking to sell their homes (70% compared to 54% in 2009), those in the rental market remain the least aware at 42%.

Commenting on the latest BER figures, Professor J. Owen Lewis, Chief Executive of SEAI, said: “The latest research figures on awareness levels, combined with the actual number of homes that have had BERs completed, indicate an increasing awareness of and compliance with the legislation. Despite the decline in property transactions, there has been a significant demand for BER ratings over the last two years. However those renting properties are still not aware of their entitlements to receive a BER. We urge those considering renting a property to demand a BER certificate, so they are fully informed of the energy performance of a dwelling before finalising any rent agreement.”

In order to obtain a BER, a homeowner must have an assessment carried out by a certified BER assessor who is trained under the National Framework of Qualifications and registered with SEAI. There are currently 2,100 SEAI registered BER assessors across the country. A full list and further details are available at:

Any cookies that may not be particularly necessary for the website to function and is used specifically to collect user personal data via analytics, ads, other embedded contents are termed as non-necessary cookies. It is mandatory to procure user consent prior to running these cookies on your website.

Analytical cookies are used to understand how visitors interact with the website. These cookies help provide information on metrics the number of visitors, bounce rate, traffic source, etc.

Performance cookies are used to understand and analyze the key performance indexes of the website which helps in delivering a better user experience for the visitors.

Advertisement cookies are used to provide visitors with relevant ads and marketing campaigns. These cookies track visitors across websites and collect information to provide customized ads.